The dictator’s return to Bolivia; impunity, narco-state, and repression. 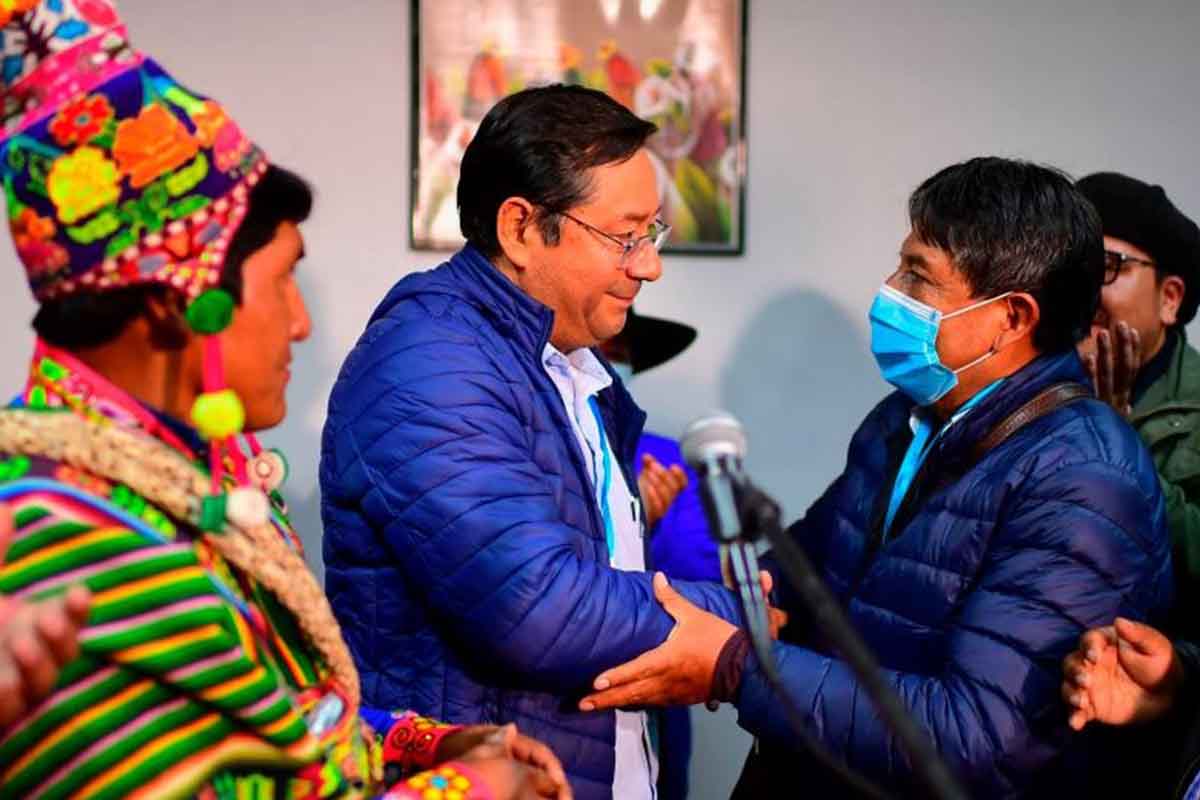 The dictator’s return to Bolivia; impunity, narco-state, and repression.

“The most important event has not been the expedited swearing-in of Luis Arce as President, but the immediate return of the dictator Evo Morales to Bolivia openly flaunting the complete impunity for Morales and his dictatorial inner circle…”

raudulent elections and the swearing-in of Luis Arce as President of the Plurinational State have only been the means for Evo Morales’ return to Bolivia. The coca harvester’s chieftain who had ascended to Bolivia’s presidency for five years without the right for reelection, held power for almost 14 years as a dictator, supplanting the Republic and ending democracy, the dictator who resigned and fled the country on 19 November of 2019 for electoral fraud and counterfeiting crimes, has now come back with total impunity, and has settled in his cocaine-producing area, ensuring that Bolivia will continue to be a narco-state, wielding authority as the regime’s head and getting the Castro Chavist repression underway.

Bolivians’ civil resistance and civic movements continue denouncing the gargantuan electoral fraud in the results of the recent 18 October elections with which Luis Arce -the handpicked candidate designated by Evo Morales- has been proclaimed President. Proof of the fraud is publicly well known and has been turned over to the Electoral Supreme Tribunal but the “vote-catching dictatorship” system rejects requests for “an audit” of election results that would corroborate the great farce that includes the use of adulterated voters’ registry containing almost one million ghost voters (20% of the total) for candidate Arce and the regime’s political party.

The most important event has not been the expedited swearing-in of Luis Arce as President, but the immediate return of the dictator Evo Morales to Bolivia openly flaunting the complete impunity for Morales and his dictatorial inner circle, with the total control of the judicial branch and the absolute inexistence of separation and independence of the branches of government.

Impunity is “the trait of going unpunished”. It is the situation by which there is “an exemption or freedom from punishment, harm, or loss” and this condition allows for crime to be committed without holding anyone responsible for the consequences. This makes evident and proves “the inexistence of the rule of law”, the existence of “inequality before the law” and consequently the “inexistence of democracy”.

Evo Morales’ proven impunity goes back to 2001, the year in which he perpetrated the Sacaba massacre when, after being ousted from Congress, he bargained with the government of Jorge Quiroga. This is again repeated a couple of years later with the granting of amnesty decrees 27234 and 27237 signed by Carlos Mesa to cover up the toppling of President Sanchez de Lozada. Instead of being investigated and prosecuted for crimes he has repeatedly and publicly confessed, these two decrees allowed Evo Morales to become the accuser instead of the accused in the suit against the toppled president, his ministers, and the military high command. These two decrees also allowed Morales to be a presidential candidate and ascend into power in 2006.

With public documentation, his resignation, and his fleeing from the country it was proven beyond all doubt that Morales had committed the crimes of electoral fraud, counterfeiting, and organized crime in the 2019 elections. His public telephonic conversation recordings proved his role as the head of criminal groups intent on blockading several cities in Bolivia and the ensuing massacres they perpetrated at Senkata and Sacaba in November of 2019, replicating acts and places in which he had committed similar crimes to topple the government in 2003. Morales has been accused of “statutory rape” and of “abuse of underage girls” aggravated by virtue of his position and his ample proven re-incidence. Within a matter of hours, all of these accusations have been “laundered” by his appointed judges and prosecutors.

It is certain that Bolivia will remain a narco-state. So that there is no doubt, Jaime Mamani Espíndola from the coca harvesters and cocaine producers’ unions, who had declared “I come from the social movements from the tropic of Cochabamba, my commitment is based on the fight we fought against the Drug Enforcement Agency (DEA) …” has been designated as the Vice-Minister of Social Defense -the antinarcotics Czar- who will retake “Evo Morales’ strategy”. In 2016 at the UN, Morales affirmed that “the fight against narcotics’ trafficking is an instrument of imperialism to oppress the peoples”.

Factual reality leaves us no doubt that the Chieftain of the restored Castrochavist regime in Bolivia is Evo Morales and his surrogate operator is Luis Arce. It is not dual power; it is vertical power under Morales’ command, and he exerts his authority over his former Minister of Economy, fraudulently declared the winning candidate. It is the maneuvering directed and operated by Castrochavism’s strategists that are now being reinstalled at the Cuban and Venezuelan embassies in Bolivia.

Repression has come back and by applying the system of “judicializing dictatorial persecution” prosecutions and counterfeiting have started to silence citizens who continue denouncing the electoral fraud and ask for audits. They have already detained and transported to La Paz Jorge Valda, the attorney who represents the Santa Cruz Civic Committee, replicating other cases of “terrorism” manipulated by Evo Morales and his regime.

This article has been taken from the Interamerican Institute for Democracy. To visit the original page click here

Visit The Interamerican Institute for Democracy