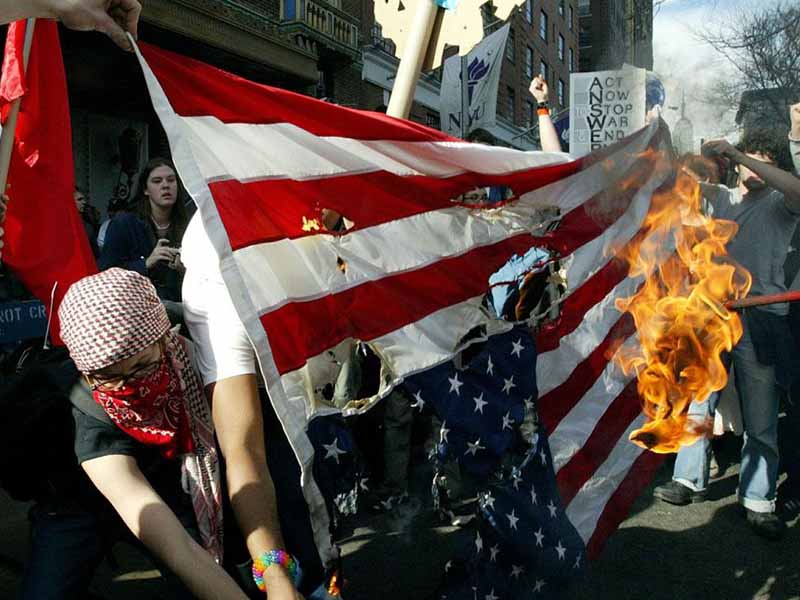 “… A Trump second term may give the Cause of Freedom a renewed Champion that, unencumbered by election distractions, can focus, and assist in the restoration of liberty, security, and prosperity in our own Hemisphere.”

eorge Floyd’s tragic death triggered an avalanche of planned political actions against the United States and President Trump in particular. After multiple failed attempts to oust the President since taking the oath of office, the Floyd incident turned into the latest ‘Casus Belli’ for Democrats and communist radicals. Interestingly the events unfolding in our Nation resemble similar conflicts in Venezuela, Cuba, Nicaragua, and others but especially in Chile since October 2019.

Americans watch in horror, anguish, and anger as we see our cities breakdown into lawlessness and anarchy with inept Democrat officials unable or unwilling to maintain law and order and guarantee public safety. The backlash will soon be felt.

Our country is in an asymmetric semi-visible domestic war, unlike anything we have seen since the Civil War. The enemy within. Well-funded dark forces are arrayed against our Republic. Decades of cultural Marxism in our educational institutions, media, and political parties have successfully indoctrinated generations of Americans. That methodical and patient work has paid handsome dividends. Today we wage an unprecedented struggle between good and evil to preserve our freedoms.

Marxist class warfare actions are now in full display as leftists divide, confuse and conquer an otherwise busy and decent population of Americans who work and attend to their daily chores without much involvement in the decision making going on in their communities, state, or Federal Government.

Another troubling variable is Latin American instability caused by socialist regimes which only add to the pressures on the federal government as millions continue to migrate north straining our resources and undermining our internal security. Subversive Cubans, Venezuelans, Mexicans, Argentinians, Chileans, Chinese, Russians, and other leftist elements have penetrated our society to foment unrest and civil conflict.

The transformation of the US into a socialist model was interrupted by the unexpected election of Donald Trump in 2016 exposing a deeply flawed government, self-serving corporate and political elite that are now at high risk thus the intense and relentless attacks on the President that will only intensify thru Election Day in an all-out effort to finally oust him. The President was not supposed to win.

Geopolitical forces have also teamed up to exert additional pressure encircling the bastion of Freedom in our Hemisphere. Russia, China, Iran, and North Koreans have all deepened their ties in the region. Cuba remains as an intellectual laboratory of subversion who ably export their communist subversive techniques and agent provocateurs quite successfully.

For now, the President is focused on retaining office in November. That is priority one. A Trump second term may give the Cause of Freedom a renewed Champion that, unencumbered by election distractions, can focus, and assist in the restoration of liberty, security, and prosperity in our own Hemisphere.

May God Bless and Protect all Americans in their sacred right and struggle to preserve and seek Liberty.